My 2021 tournament season has officially started. Even with a slight COVID set back, the first event is in the books. Last week I fished the Wild West Bass Trail Super Clean Showdown on Lake Shasta, in Northern California. There was a little COVID drama, a PB Spotted Bass, a lot of fish catches, and a really good time. This is a recap of tournament number one.

I have been planning for this tournament since the schedules were released this summer and I settled on fishing the full Wild West Bass Trail. Fishing as an amateur, I did everything I could to be prepared. I got new line, new baits, a new rod and reel, and had all my gear ready for this event. I had been counting down the days for months and when I left work Tuesday, I knew it was go time.

I planned on leaving Wednesday afternoon, getting to Bridge Bay to get checked in, find out my pairing, and get a good night’s sleep before the event. Well, things didn’t quite go as planned. Tuesday night, I received a text from WWBT advising that when they arrived, they were informed the tournament was not allowed to happen. They said they would advise us what would be happening by Wednesday at noon. Wednesday afternoon I found out that Thursday was not going to be day 1 of the event as originally planned but instead, it would be an extra practice day and we would fish Friday and Saturday, full field tournament with no cut day. I quickly got on the phone with Bridge Bay Marina Hotel and asked if they would be willing to cancel my Wednesday night stay, which they did. This gave me one extra night at home with the family. 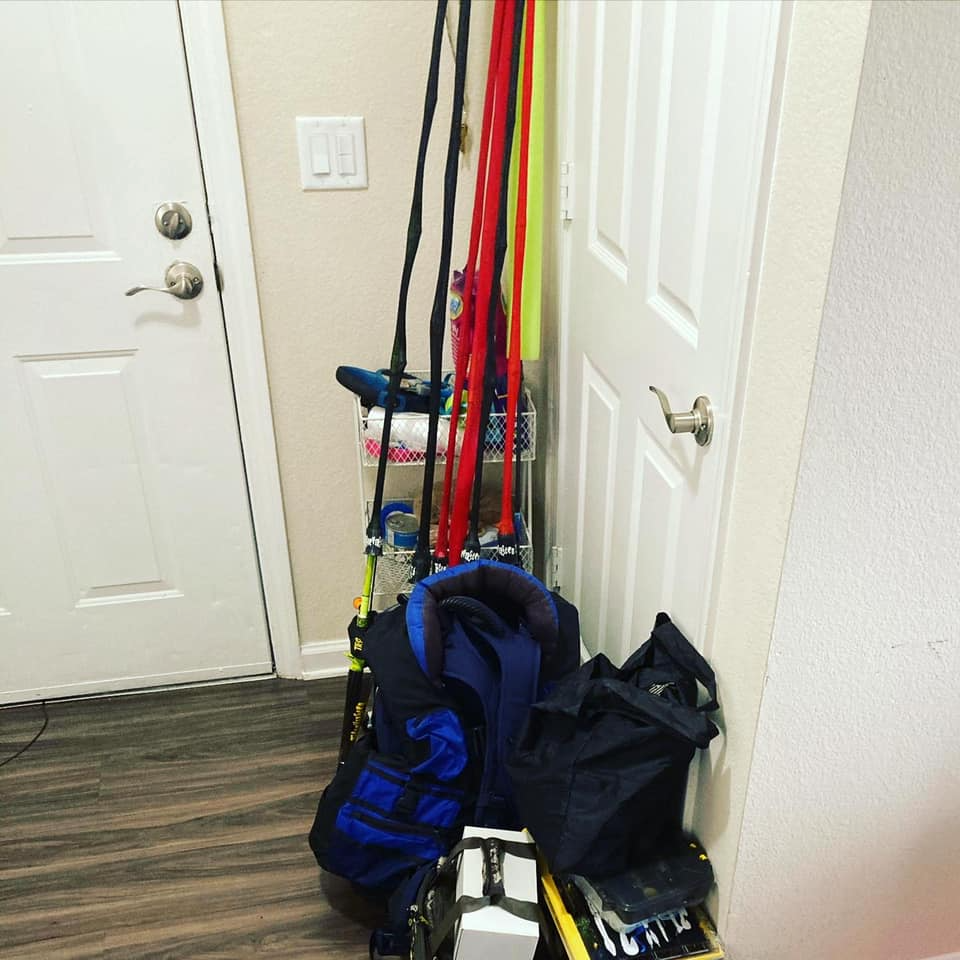 Thursday rolled around and it was time to go, I loaded up the car, said my goodbyes and hit the road. I listened to the Ike Live Podcast while I drove, which is pretty normal for me when I am heading to an event. I got up to Lake Shasta just before 4pm on Thursday. I got checked into my room and I got everything unloaded. I headed down to Phil’s Prop Shop to make sure I was all checked in, then ran down to Redding and got some dinner. Our mandatory anglers meeting was live via Facebook and as soon as it was over, we got our day 1 pairings. My day 1 pro was Ken Whalen! I immediately got on the phone with him and we set everything up for the next morning. After talking with Ken, I geared up for day one and headed to bed. I didn’t sleep all that great because I was way too excited, but I did get some rest. 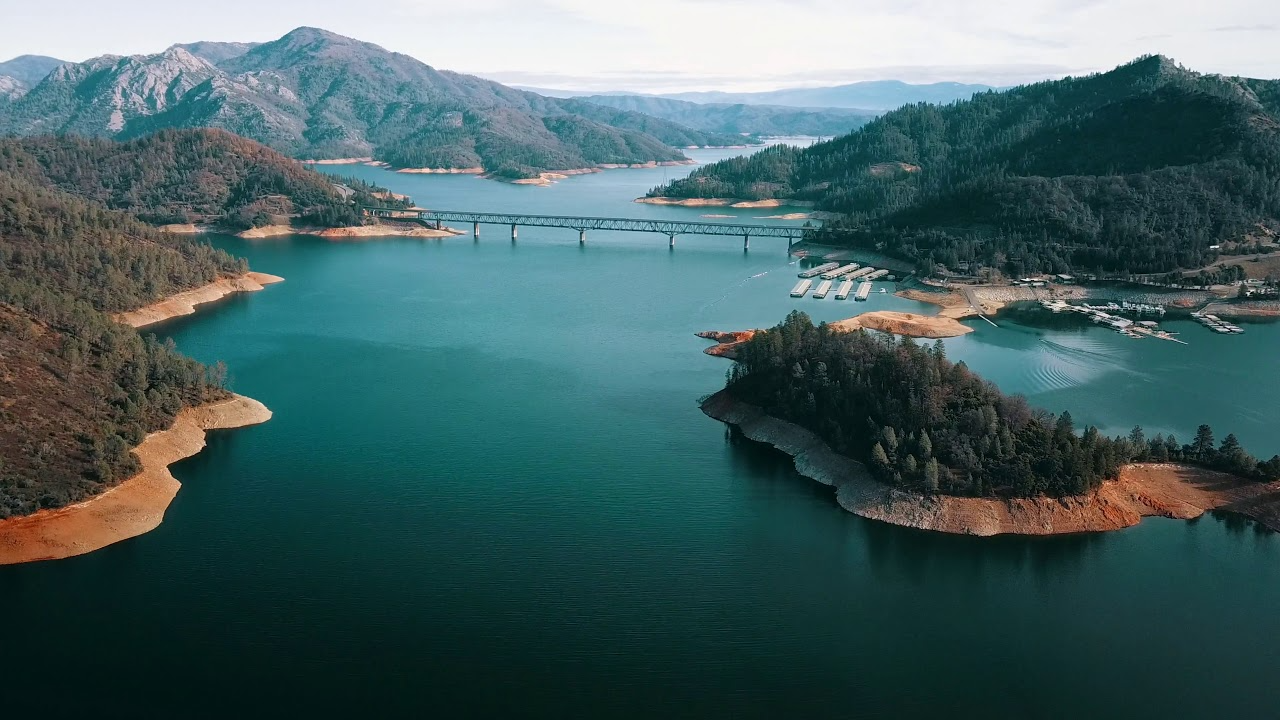 was finally here! I met Ken at his boat, got all loaded and we headed over to the staging area prior to blast off. As we sat around waiting, we visited with several anglers, including Joe Uribe Jr. and Ish Monroe. 7:10am we all stood while the National Anthem was played and then the blast off started. Boat number 77 was finally called and we headed out. We made a small run to our first spot and we started fishing.

I started out throwing a drop shot rig with a Torrent Lure Company ¼ ounce drop shot weight and an M.M.III Roboworm. Not long into the day, my pro put his first fish in the boat followed by his second, I was on fire with the net on both these fish. After not too long, I felt that first bite and BOOM, fish on! I got him to the boat and Ken netted him for me, the first keeper got tagged and put in the live well. I fished the drop shot for a bit longer and then switched to a ned rig. I was running a Torrent Lure Company Ned Head with a Tec Baits green pumpkin Ned. Ken had put a few more fish in the boat and shared with me that green pumpkin seemed to be the color that was working.

As we continued to fish, I was dead sticking the end and letting it drag behind the boat when I felt it get heavy and once again, there was a fish on. I fought this one to the boat and Ken again netted him for me. This was a better fish and ended up going 1.73lbs on the Connect Scale. I got him tagged and in the live well and continued to fish. We started fishing a point that came shallow off the bank for several hundred yards. I switched back to the drop shot with a green pumpkin Falling Arrow by Tec Baits. I was dragging this bait slowly across the flat when I felt it get heavy and knew I was about to land another fish. I set the hook and boom here came fish number 3!

As this one got close to the boat, it looked real good but that clear water can be deceiving. Ken netted the fish and it was a beauty. I put it on the Connect Scale and realized this was my PB Spotted Bass, showing a weight of 2.82lbs (Official weight came in at 3.08lbs and I realized I had made a mistake when weighing my fish which was giving me lighter weights.) Day 1 continued on and Ken got 5 in the boat then started culling up. I struggled to get another fish but I finally did toward the end of the day. We checked in at 4pm and headed to the scales. My day one total was 6.44lbs, with a big fish of 3.08. I was in the top 5 big fish money day 1, but it needed to hold up for day 2.

We got Ken’s boat back to the boat slip and I unloaded and headed back to the room. Day 2 pairings came out and my day 2 pro was Jason Haley. I got on the phone with Jason and we made plans for day 2. He said we would be around fish and I was ready to do it. I ran down to Phil’s Prop Shop again and grabbed a few things, then grabbed some dinner and headed back to the room. I re-lined a few reels, retied a few rigs, and got everything packed up. I headed to bed early since I was getting an early start on day 2. 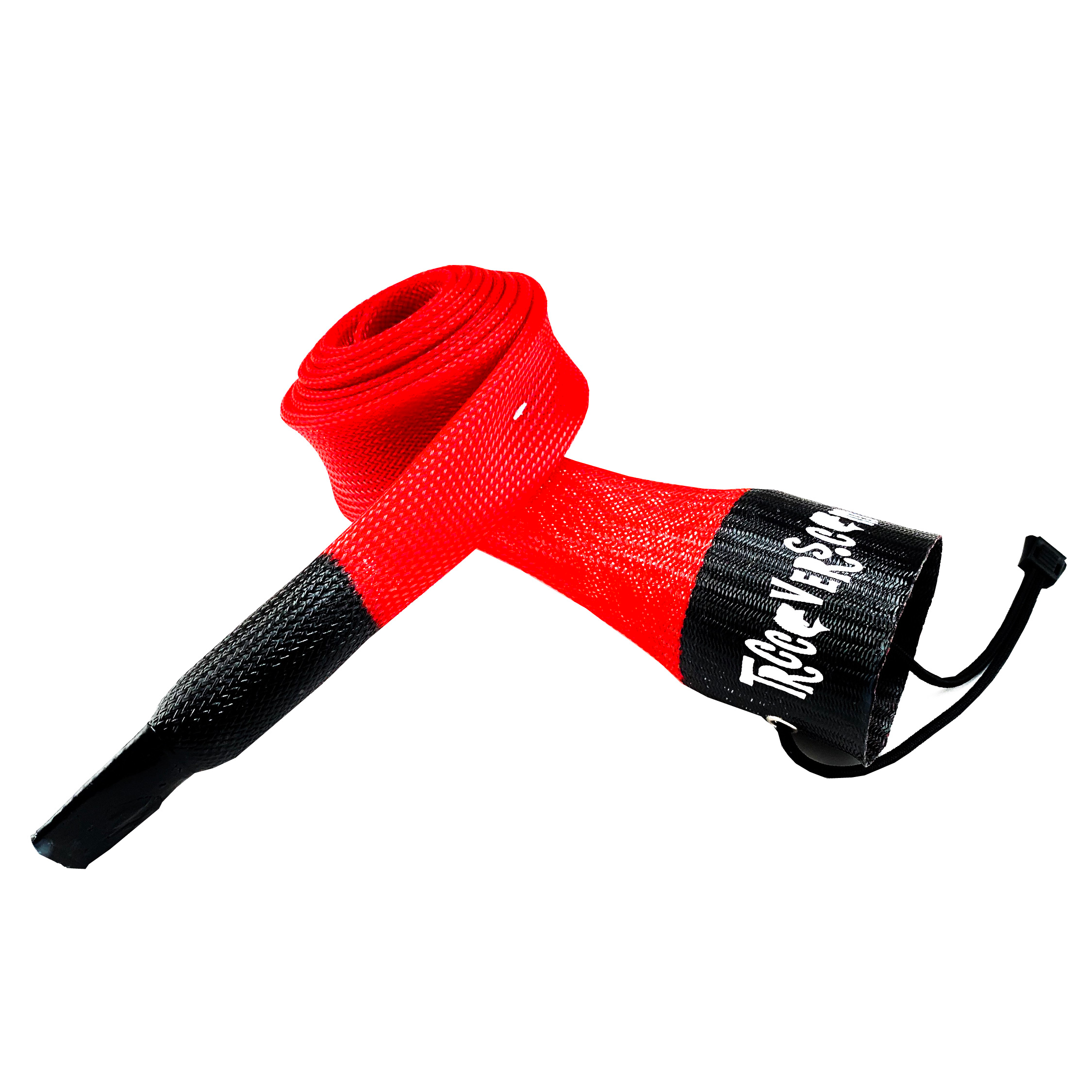 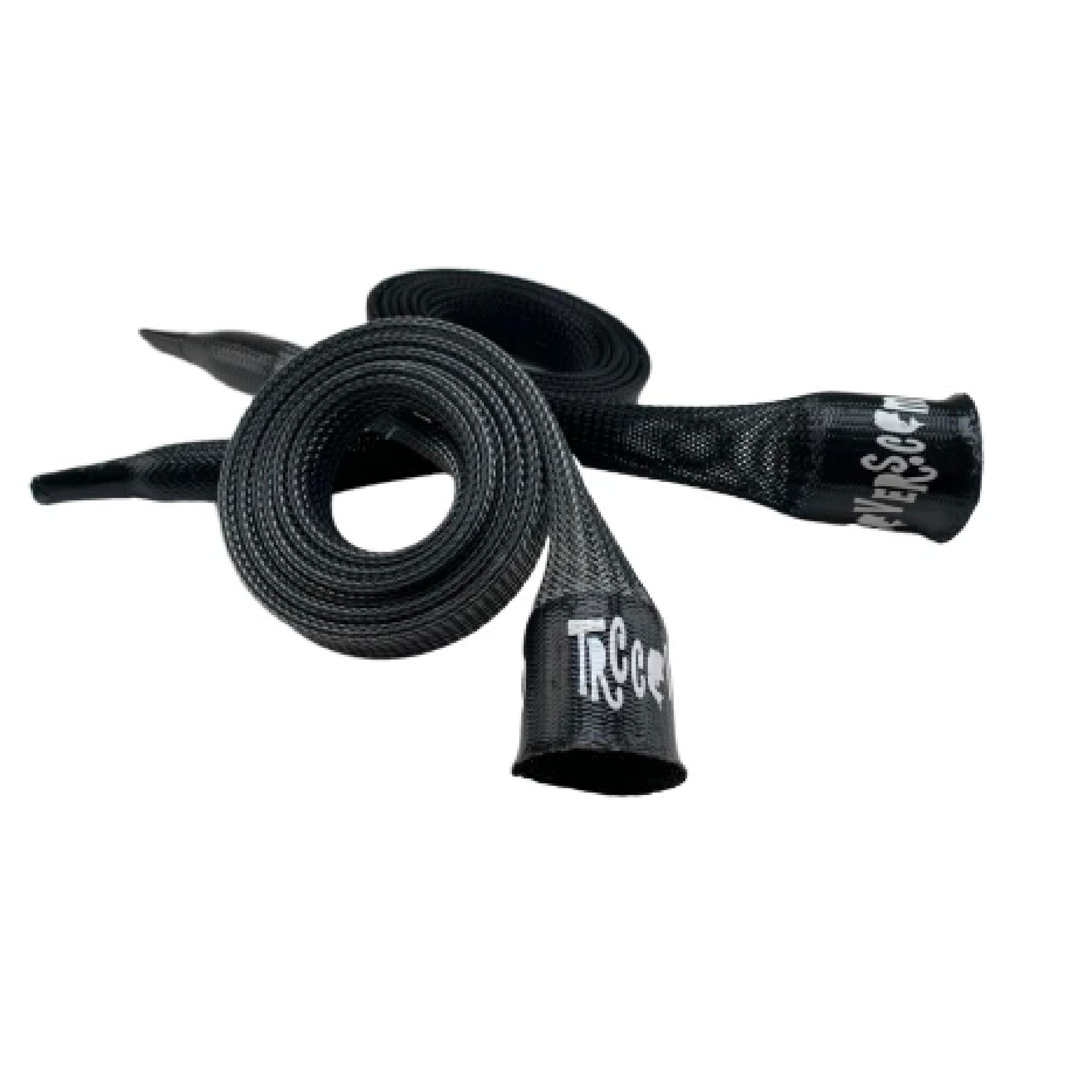 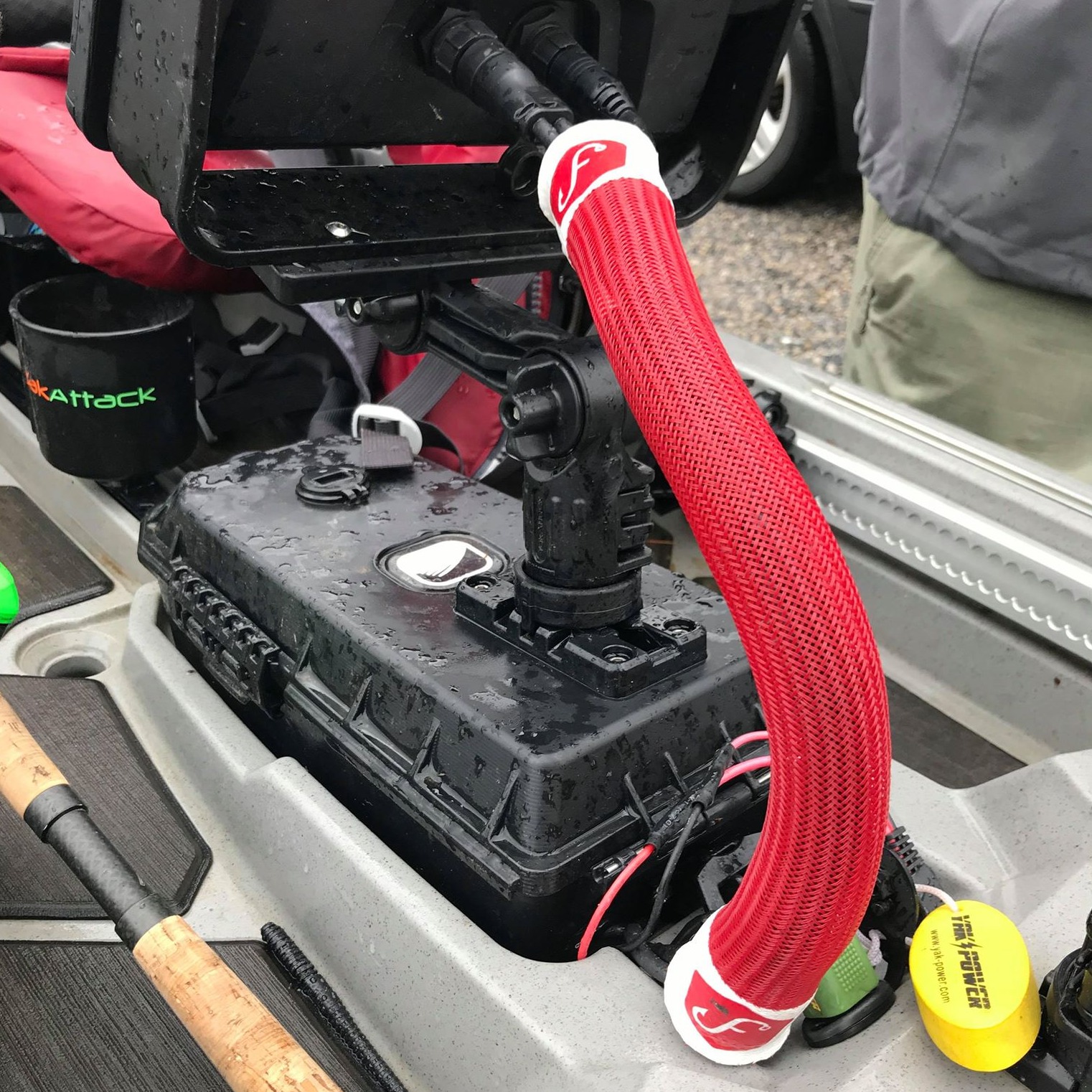 Early alarm went off on day 2, I jumped up, had some coffee, loaded up, and headed out. We launched out of Packers Bay and made the short run to Bridge Bay. Again at 7:10am, we all stood for a prayer, followed by the National Anthem. Blast off started backwards on day 2 and I was boat 76 now. Our number was called and away we went. We made a pretty long, cold run to an area my pro had been fishing. We got into the spot and started fishing, almost immediately my pro put fish number one in the boat.

We continued to fish and my pro landed fish number two, which was almost a two pounder. He quickly put several others in the boat as we fished through this area. I finally hooked up with my first fish of the day and got him up towards the boat. My pro went to net him and the fish changed directions and came off. This would have been my first one in the box and I could have gotten down about it, instead I just kept fishing. I did notice that the hook I was using was bent out, this was not a cheap hook and in fact, was a pretty big name hook. The fish that I lost was maybe 1.25lbs so I don’t know how the hook got bent out. Anyway, I switched over from a drop shot to a Neko rig with a Tec Baits Squirm work and a Torrent Lure Company Neko head.

As we continued to fish, BOOM - fish on and this one made it into the boat! The bait switch worked great for me and I ended up putting a limit in the boat within an hour. We stayed in this area the whole day and I was able to cull up several times and we caught a ton of fish. We made a few small runs toward the end of the day, but we never found that kicker we both needed. We checked in at 4:15 and headed to the scales. I weighed 5 fish for a total weight of 6.32lbs giving me a two day total of 12.76lbs. We headed back to Packers Bay, got the boat loaded up and I started the long drive home. 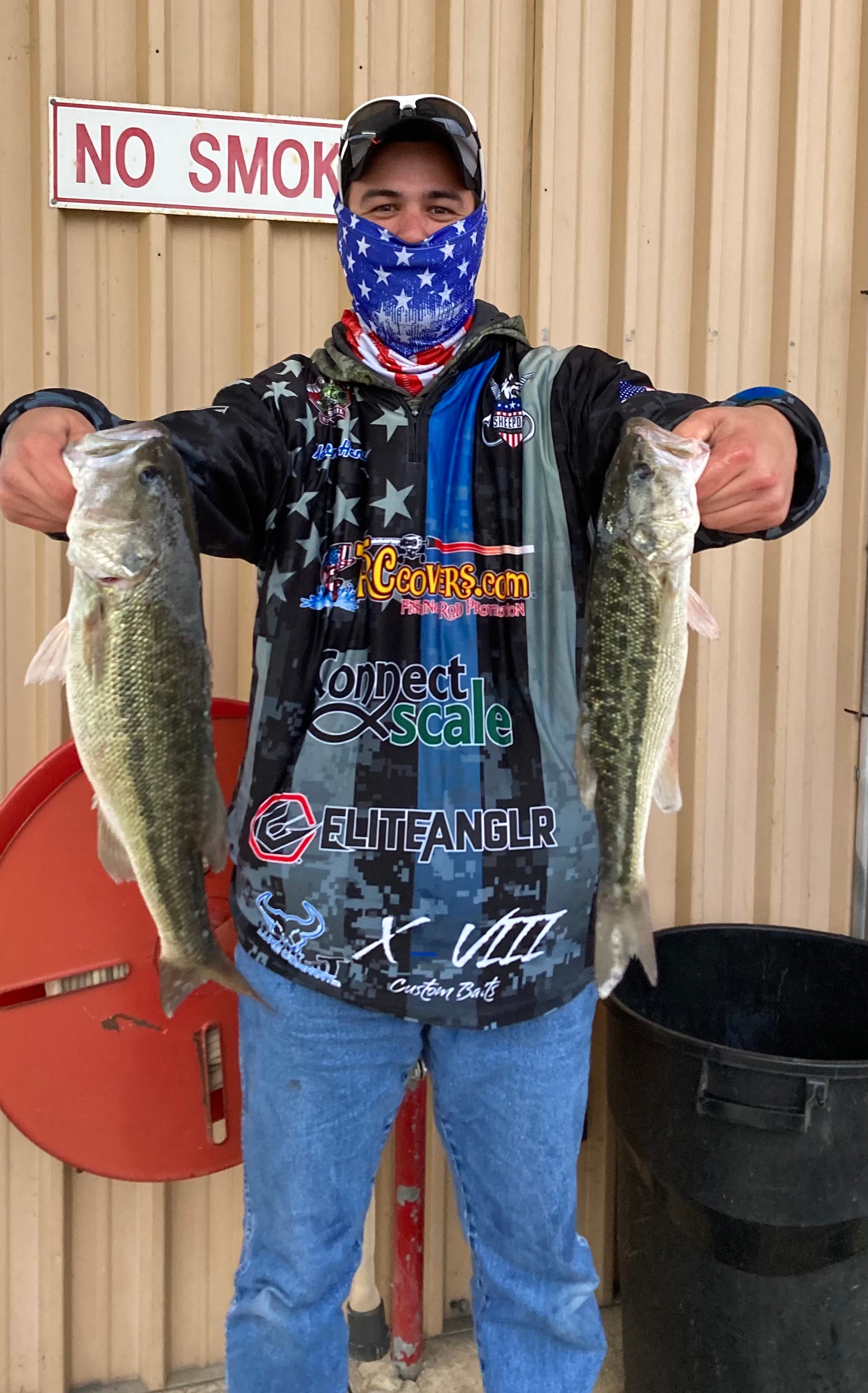 I finished the tournament in 85 th place, which is right there at the middle of the pack. I was 2.2lbs out of check range and about 8lbs out of 1 st . This event was a blast and was a great start to my season. I caught my PB spotted bass, fished with some great pros, and got some points toward the championship. My next WWBT event will be the Duel on the Delta in March and that one is going to be a blast. I may be back up at Shasta in February to fish a Pro/Am with NewJenn Bass, but we will see. I want to give a huge shout out to TRC Covers, Elite Anglr, Torrent Lure Company, 316 Active, X-VIII Custom Baits, Connect Outdoors, P-Line, and the Klise Team from American Pacific Mortgage. Tight lines, get out there and catch a big one.